African solutions to the malaria problem

Africa has 22 Nobel Prizes to its name, with only six of those in the sciences. To solve the myriad social and environmental challenges that face the continent, we need to produce a great many more Nobel Prize-winning scientists.

At the 67th Lindau Nobel Laureates Meeting, there are 27 young scientists from 11 African countries, with South Africa and Egypt sending the most representatives. South African attendees include five young researchers nominated by the Academy of Science of South Africa (ASSAf), along with several who were nominated by the African Academy of Sciences (AAS) and other organisations. All were in attendance at the Africa Breakfast on Monday, where Prof Peter Agre, co-winner of the 2003 Nobel Prize in Chemistry, addressed the group on the subject of malaria, his area of expertise.

“Malaria is and has always been a scourge in Africa, but I believe it is possible to eliminate the disease through mosquito control,” he told them. “There have been five Nobel Prizes awarded for work on malaria, but the big one is still out there. One of you might get that.”

Agre won his Nobel Prize for his work on understanding aquaporins, proteins responsible for transporting water into and out of cells in most living things. He now works principally on malaria, and is director of the Johns Hopkins Malaria Research Institute in the USA.

Kenyan-born delegate, Matthew Njoroge, chemistry postdoctoral researcher at the University of Cape Town (UCT), and part of the H3D initiative, says that UCT’s H3D initiative is leading the charge against malaria, as the first institution in Africa to cover the entire drug discovery and development process.

“Research at H3D covers high-throughput screening, medicinal chemistry, biological and pharmacological assays, ensuring that a drug candidate moves from something that has interesting cell activity to something that is active in animal models, and ultimately effective in humans,” he says.

Their first promising drug candidate has completed the first phase of human testing, while a second candidate will be tested in humans for the first time in 2018.

Bringing malaria under control will require more than just an effective drug discovery system, though. In the words of Njoroge, “Drug discovery is, almost by definition, a team sport”. That team includes a broad group of researchers and clinicians, but also government and other public health actors.

“South Africa has largely eliminated malaria through public health measures,” says Agre. “Governments have a critical role to play in controlling and preventing the spread of malaria in Africa.”

Ultimately, effective collaboration within academia, as well as outside of it, is key to reducing the impact of malaria on African communities. Recent developments like H3D and gatherings like the Lindau Nobel Laureate Meeting hold great promise in supporting the scientists working on a way to beat malaria in Africa. If they can win a Nobel Prize for their work, so much the better.

The Academy of Science of South Africa (ASSAf) as the official partner of the Lindau Foundation and with funding from the Department of Science and Technology (DST) annually nominates young scientists to attend the Lindau Laureate Meetings which are designed as a forum for exchange, networking and inspiration. 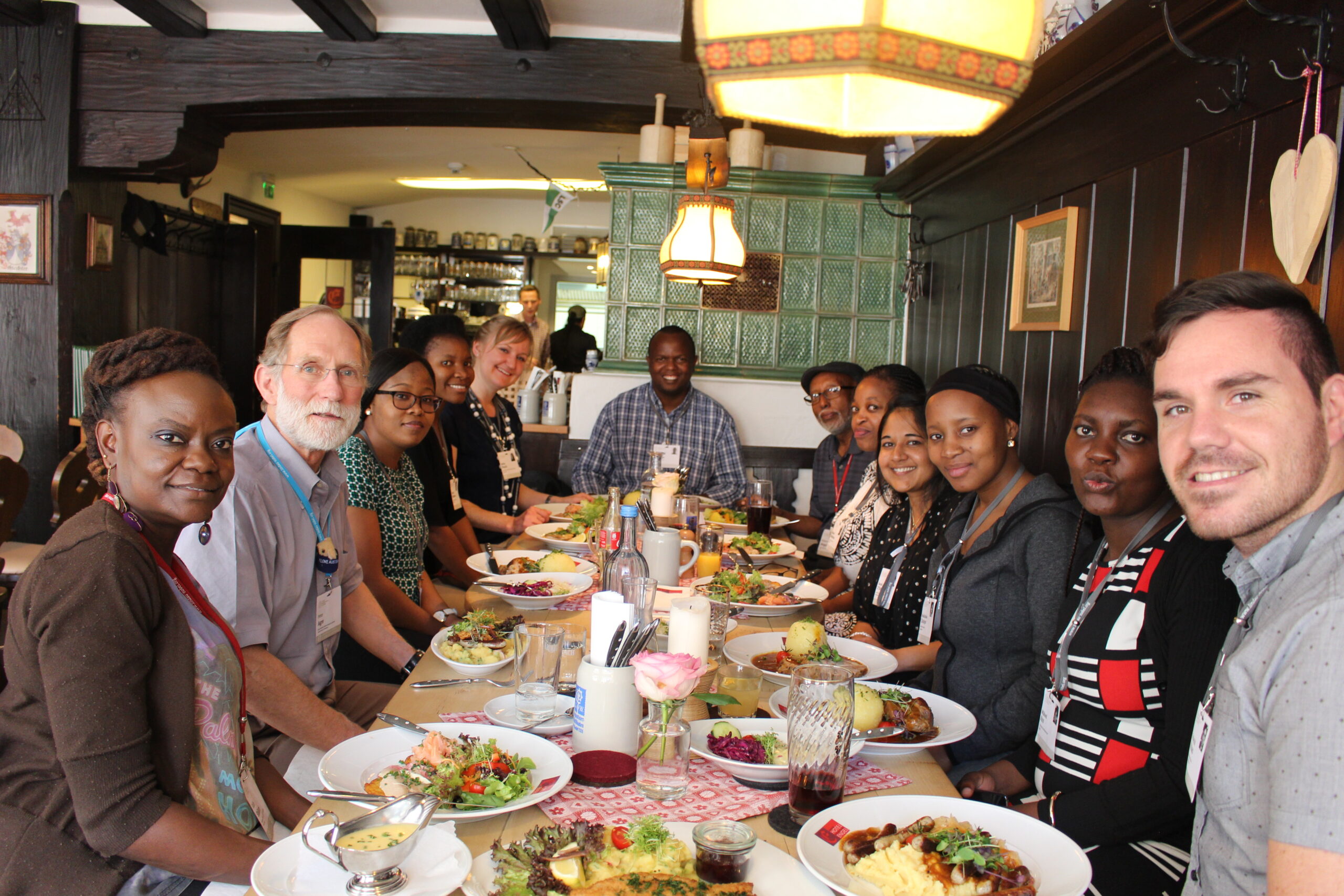