Climate change and the next generation of scientific endeavour at Lindau

From political upsets to climate change and the rise of fake news, the modern world seems a suddenly turbulent place. In the midst of this social upheaval, what role should scientists play? Whose job is it to carry the torch of truth and reason through a world increasingly darkened by ignorance and distrust? 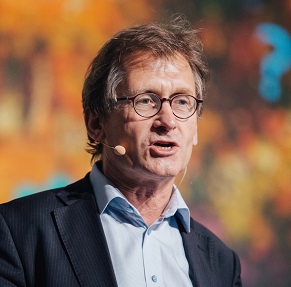 These are the questions that Nobel Laureates and young scientists alike are battling with at the 67th Nobel Laureates Meeting, which kicked off on Sunday, 25 June in Lindau, Germany.

In his opening address, Dr Steven Chu, Nobel Laureate and former US Secretary of Energy, urged attendees to take climate action into their own hands.

“Now more than ever, we need talented young scientists and engineers to create the innovations needed for a prosperous and sustainable future,” he said. “We also need young economists and political scientists to work with the technologists to create better policy options, and future business leaders that will make sustainability an integral part of their business.”

Ignorance and denialism have been recurring themes at the meeting, with many debates around the role of research scientists in dispelling myths and acting on issues of policy, particularly in the field of climate change. Some, like Nobel Laureate William E Moerner, thought that scientists should do what they do best – that is, basic research – while others argued that scientists have a responsibility to change policy and inform people when they are wrong.

Prof Bernard Feringa, who won a Nobel Prize in 2016, said: “In the present political climate, now more than ever we should make clear to politicians and the public why science is so important to our future. It’s the only way to solve serious global problems”.

In a similar vein, young scientists have heard about the importance of taking responsibility for the world they are inheriting. Nobel Laureate, Mario Molina, while talking about his work on the depletion of the ozone layer, said “We need to work together and take responsibility to avoid the extreme climate irresponsibility in future”.

Another major theme is opportunity. Countess Bettina Bernadotte, president of the council for the Lindau Nobel Laureate Meetings, encouraged attendees to make the most of this unrivalled chance to meet and converse with Nobel Laureates and fellow scientists.

“We call upon you young scientists to take the future into your own hands. It’s your future and you must shape it,” she said. “Let this week inspire you to do just that.”

The Academy of Science of South Africa (ASSAf) as the official partner of the Lindau Foundation and with funding from the DST annually nominates young scientists to attend the Lindau Laureate Meetings which are designed as a forum for exchange, networking and inspiration.