Nobel Laureates are some of the most intelligent and successful humans on the planet. Hearing them speak over the last few days has shone new light on how to pursue the world’s most prestigious award for scientific excellence.

Five young South African scientists are attending this year’s 67th Nobel Laureate Meeting on Chemistry in Lindau, Germany. The Academy of Science of South Africa (ASSAf) as the official partner of the Lindau Foundation and with funding from the Department of Science and Technology (DST) annually nominates young scientists to attend the Lindau Laureate Meetings which are designed as a forum for exchange, networking and inspiration.

In an effort to motivate our ASSAf delegates at this year’s event to even greater heights, we present a few tips on how to go about winning a Nobel Prize as noted by the Nobel Laureates themselves.

It’s the journey (and the work) that matters

The clearest lesson from this event is that none of these Laureates set out to win the Nobel Prize. What they did aim for, almost uniformly, was to do good science.

“I never had big dreams,” says Prof Dan Shechtman who won a Nobel Prize for the discovery of quasicrystals – crystals that have order but not the repeating three-dimensional pattern that is commonly associate with regular crystals. “I did good science, and I had a certain character – to do everything well, to criticise myself, and to be sure that my work is correct.”

Prof Bernard Feringa, who won the 2016 Nobel Prize, agrees. “Winning a Nobel Prize is a boy’s or girl’s dream. But if you want to win a gold medal at the Olympics and you think about it all the time, you are never going to win it. You have to work hard, concentrate and focus on the work you are doing.”

ASSAf nominee Frederick Malan, University of Pretoria says that the Laureate’s work ethic stands out to him. “They all seemed to have recognised a problem they wanted to solve or a struggle they had to face, and faced it head on. This led to success eventually, but the recognition for their work only came later. No one is working with the aim of winning a prize.”

Another common trait amongst Laureates is a considered disregard for the scientific status quo, and for establishment in general. Prof Ada Yonath, who won a Nobel for her groundbreaking work in studying the ribosome, bemoans the lack of independent thought and creativity in the modern scientific landscape.

She argues that stifling independent and creative thought diminishes the quality of science being done around the world. “Creativity is not encouraged in academia,” she says. “If we want good science, we cannot focus just on impact factor and number of publications. Researchers need to take risks.”

Feringa argues a similar point on how young scientists are taught, saying that a critical and questioning attitude is a requirement for groundbreaking scientific research.

“We have to create a culture that strongly encourages young people to learn to think for themselves and take initiative, not just listen to authority. The most important traits in a young researcher are a critical attitude, an international mindset, and an open-minded approach.”

All the best stories of success have an element of chance, and Nobel successes are no exception. Shechtman and Yonath, both Israeli researchers, talk about the small and large moments of serendipity that led them to Nobel Prize success. Most importantly, it’s about seizing the opportunities whether they arise through chance or hard work.

Shechtman tells a story of a researcher he knows that saw the same strange results as Shechtman, but didn’t take the opportunity presented by that discovery.

“The opportunity was presented, which would have changed his life if he had analysed it properly. I’m saying, be observant, if you find something different, analyse it until you understand. It may be a great discovery, and that will carry you to the stars. Be like a Rottweiler, bite and don’t let go.”

Don’t listen to the haters

Another common theme is the personal and professional attacks that scientists of this calibre must sometimes endure. Shechtman endured years of rejection and personal attacks from Linus Pauling, two-time Nobel Prize winner and one of the most successful chemists of the 20th century.

Shechtman says that because he knew he was right, the criticism did not bother him too much. He could rely on his character as a scientist.

Yonath experienced similar ridicule from her peers, who believed that she was wasting her time working on ribosomes. At least she didn’t experience sexism though: “People were so focused on telling me my science was wrong, they didn’t focus on the gender. The overall opinion was so critical – they told me I was crazy, an idiot, the village fool.”

The criticism seems to have had little to no effect on her success as a scientist.

‘Get nominated’ by The Simpsons

The show also correctly predicted the 2016 Nobel Laureate in Economics, Bengt Holmstrom, in the same episode. Perhaps they know something the rest of us don’t. 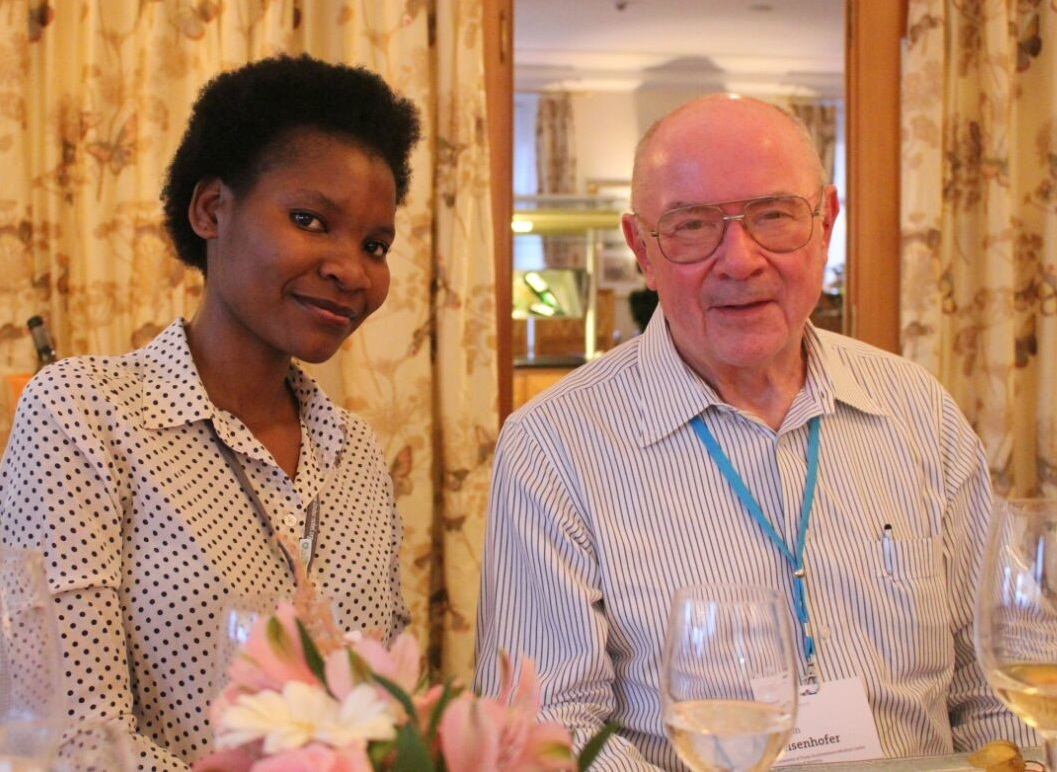