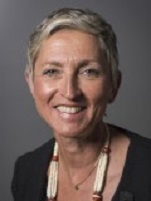 Professor Linda-Gail Bekker is an outstanding South African physician-scientist who has made major con-tributions to the prevention and treatment of HIV and tuberculosis. As deputy director, she co-leads the University of Cape Town’s Desmond Tutu HIV Centre with her husband and scientific collaborator, Profes-sor Robin Wood. The centre, which has a 450-person strong research team, is internationally renowned for its contributions to tuberculosis and HIV research in South Africa.

She is a Professor of Medicine at the University of Cape Town and served as the President of the Interna-tional AIDS Society until recently. Professor Bekker has published over 350 peer-reviewed journal articles that have garnered over 14 000 citations, several of which are in high impact journals such as Science, The Lancet, and The Journal of Infectious Diseases.

While her research interests are in HIV and tuberculosis, her passion is the research she undertakes with young people. Within the field of HIV, her studies have included approaches to the scale-up of antiretro-viral therapy as well as the prevention of HIV in women, youth and men who have sex with men. Professor Bekker is deeply committed to improving health care services for the poor, which has been evident right from her early research. She has made substantial contributions to creating several HIV treatment and prevention centres in the community of Cape Town that primarily serve vulnerable and marginalised populations. 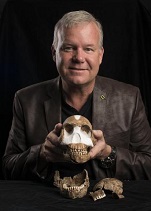 Professor Lee Berger, the PV Tobias Chair in Palaeoanthropology and Explorer in Residence at the Na-tional Geographic Society is an outstanding scientific and scholarly thinker who is among the most highly cited scholars in the world. Professor Berger is described as a pioneer in the use of social media and other communication platforms to promote public understanding of science.

His work in the area of palaeoanthropology has garnered world renown, particularly with his team’s work on the hominid fossil discoveries of Australopithecus sediba, Homo naledi and the Rising Star Expedition. His commitment to making his work accessible to ordinary people, particularly in encouraging girls to take up science, technology, engineering and mathematics subjects at school and at tertiary level, has helped to lift the veil of mystery around science and its impact on society.

Professor Berger was named by Time Magazine as one of the 100 Most Influential People in the World for 2015 and was the 2016 Rolex Explorer of the Year.

The discovery of Homo Naledi provided Prof Berger with the opportunity to push the boundaries of open access of fossil materials, improve the visibility of women in palaeoanthropology and push the techno-logical boundaries of 3D printing by making fossil data printable. 3D printing has made the teaching and research of palaeoanthropology immediately accessible to universities across the world.

Prof Berger is a pioneer in the field of palaeoanthropology in ensuring that barriers to access of knowl-edge are removed. Prof Berger has recognised the potential that exists in the technical aspects of 3D printing coupled with the philosophy of open access to make information in his discipline accessible. This has served to inspire excellence in the discipline as it promotes debate and encourages interdisciplinary collaboration and discussion.