It is approaching midnight on day one, and the South African delegation is already showing the Lindau Nobel Laureate Meeting a thing or two about hospitality.

Prof Himla Soodyall, Executive Officer for the Academy of Science South Africa (ASSAf) calls it the “spirit of collegiality”.

“As South Africans, we have a unique ability to extend hospitality, and that is what we saw at the South African-hosted dinner on Monday night,” she says. “The occasion gave us the opportunity to bring that mindset of hospitality to a global scientific event.”

The dinner saw festivities as only South Africa could provide: the event started with a marimba band and Xhosa dancers, who drew members of the audience onto the dance floor, including even Prof Soodyall.

Just as guests had taken their seats, South African Afro-soul singer Nomfusi had them all on their feet again, dancing to South African classics, like Pata Pata and Qongqothwane.

South Africa took the chance earlier in the day to showcase a more serious side, with a morning panel discussion of South African astronomy projects like the MeerKAT, the South African Large Telescope (SALT), and the Square Kilometre Array (SKA). The panel was chaired by Dr Beverley Damonse, Group Executive: Science Engagement and Corporate Relations at the National Research Foundation (NRF).

“We spent the morning engaging with the rest of the world on global science projects like the SKA,” she says. “The global connections and the networking around that but also the skills needed for the next generation of scientists.”

“The international day was a really important opportunity for us to show the global community how seriously we take science, technology, and innovation. We need to continue to make our voice heard in these global conversations” noted Dr Damonse.

Over the rest of the week, the South African delegation has continued to showcase both its science and the geniality on offer. Everywhere one looks, South Africans are sharing a meal, a laugh or a more serious discussion with researchers from around the world.

A group of delegates once more finds itself on the shores of the beautiful Bodensee, this time for a late-night swim after the Bavarian evening. And, like last time, the South Africans have an assortment of other nationalities tagging along. One delegate says, to general agreement: “Honestly, I do not think this meeting is about the Nobel Laureates at all. The best part of it is the friends we have made.” 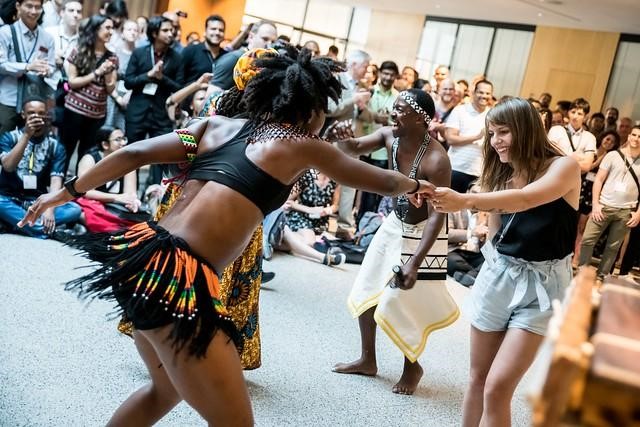 Twenty young Academy of Science South Africa (ASSAf)-nominated South African (SA) scientists are at Lindau this year. Funding for the SA young scientists has been provided by the Department of Science and Technology (DST).