If you pay much attention to the study of outer space, you might have heard of the mysteriously named dark matter. But what about dark energy? WIMP miracles? Cosmic microwave background? The physics jargon gets weirder and more wonderful as the days go by here at the 69th Lindau Nobel Laureates Meeting in Lindau, Germany. I am just trying to keep up. 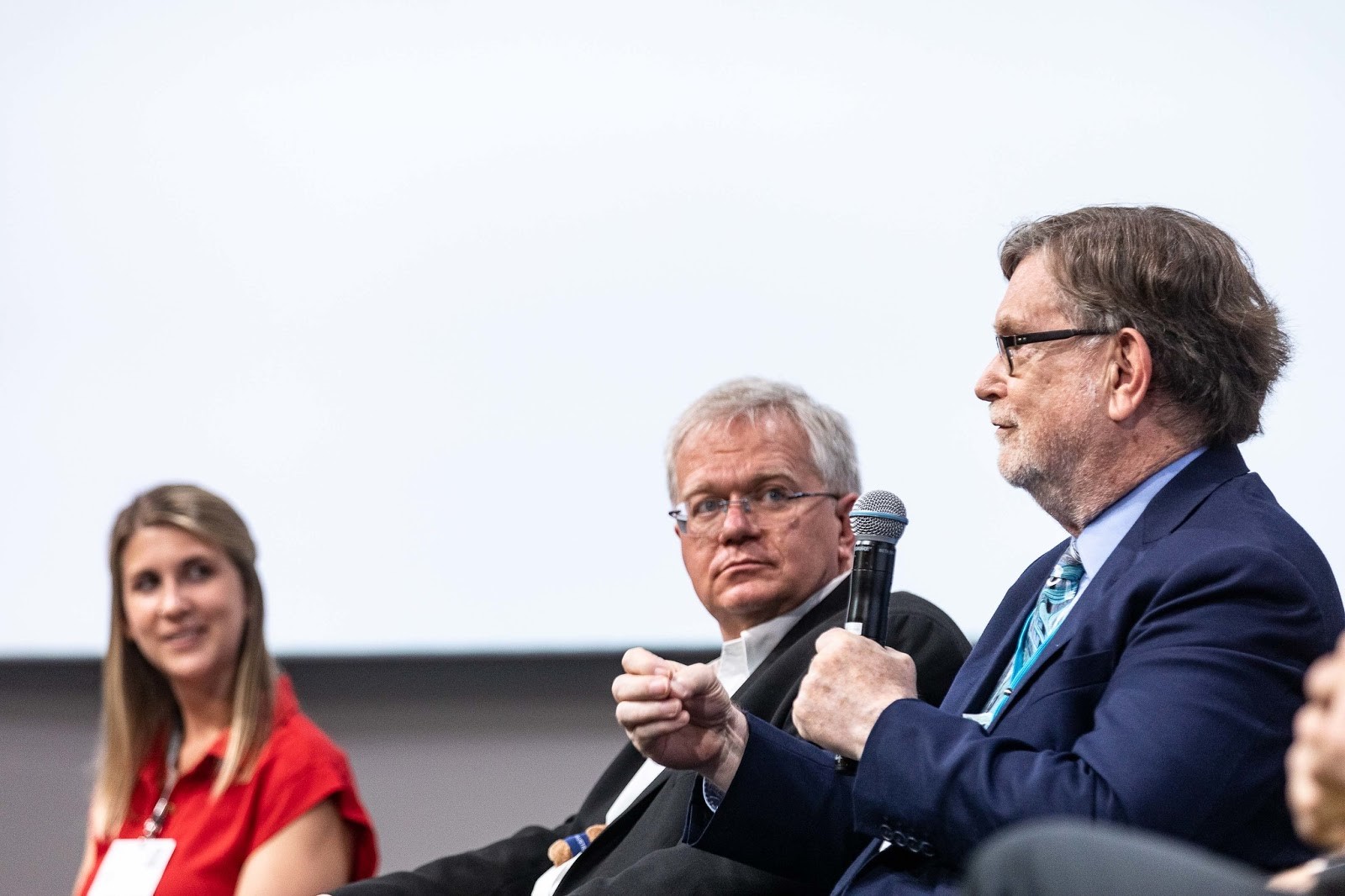 The study, detection and characterisation of dark matter is clearly a hot topic for this year’s Physics meeting. To try and get a handle on what exactly dark matter is, I turn to South African researcher and delegate Mike Sarkis, who is completing his MSc at the University of Witwatersrand (Wits) looking into how dark matter (if it exists) might affect life on Earth.

That i’s right, I said if it exists. Because even though researchers know its should be there, and they ha’ve been looking for it for decades, it still has not actually been detected. If you think that sounds crazy, you are on’t the only one. Hold on tight, we a’re diving in.

“Dark matter is something we think should be there, without being able to prove it exists,” says Sarkis. “The leading candidate is some kind of particle, but it could be anything that has mass but is not currently detectable.”

Looks like we’ll need the big guns for this one.

I asked Nobel Laureate in Physics (2006), Prof George Smoot for help. Smoot (who discovered the cosmic microwave background) and other leading physicists’ work has led to the realisation that a large portion of the universe is made up of matter and energy that we simply canon’t tell is there.

“About 25% of the universe is made of matter unlike the matter that makes up everything we see around us – we know its there because it interacts gravitationally with light waves,” he explains.

But so what? Why do we care about this invisible stuff?

“That dark matter forms the framework for the large-scale structure of galaxies and galaxy clusters in the universe,” he continues. “Dark matter clumps together, and all the ordinary matter forms around this framework to make stars, gas clouds and everything else.”

So in other words, without dark matter, everything in the universe would spin itself apart. And we would no’t exist.

Sarkis’ work brings dark matter research back down to Earth, quite literally. He wants to know what might happen if dark matter interacts with living things.

“I looked at dark matter near our solar system that cold impact living things, and explored mechanisms by which it could affect living things. If the Earth had to pass through a dense clump of dark matter, theoretically it may affect us as humans. This study assumed that dark matter exists in a certain way, and if those assumptions are correct, it is likely that at some point in the Earth’s history, dark matter has had an  effect on life.”

So without it we would no’t exist, and if it does exist, it has influenced life on Earth in yet-to-be-determined ways. By that measure, dark matter may just be the most important thing in the universe we ha’ve never seen.

PS: I’d love to tell you about dark energy. I really would. But it’s even weirder than dark matter, and I’ve only got so many words to work with. And WIMP miracles will have to wait for another day…

Twenty young Academy of Science South Africa (ASSAf)-nominated South African (SA)scientists are at Lindau this year. Funding for the SA young scientists has been provided by the Department of Science and Technology (DST).